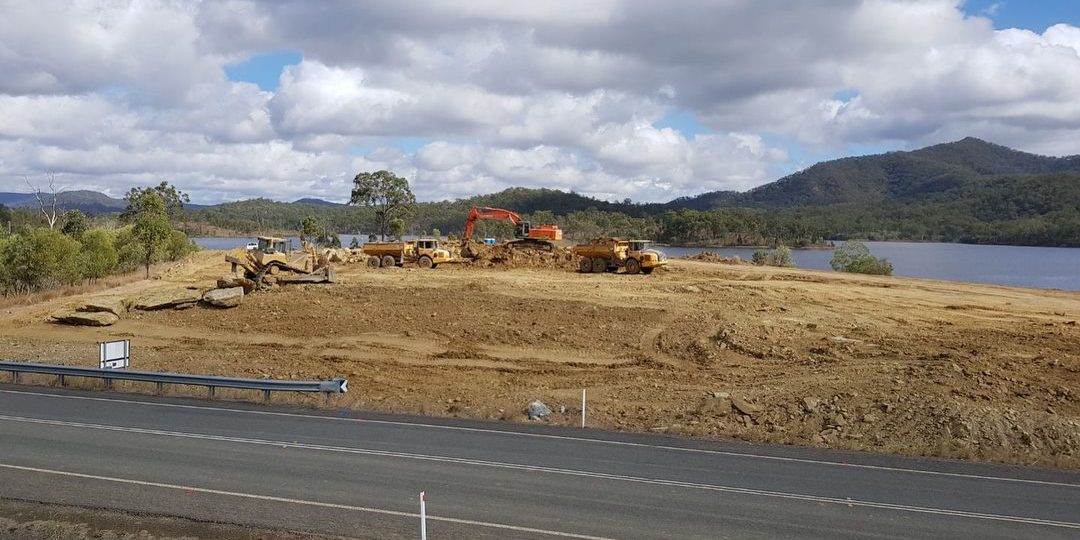 Lake Wyaralong is well on track to become a world-class rowing mecca, with the construction of permanent amenities set to be complete before the end of the year.

Rowing Queensland, which has a license agreement with Seqwater to use Lake Wyaralong as a rowing facility, started works on the headland in May and hopes to complete the project by early November.

Earthworks on the headland have been completed, turf is being laid and a new car park across from the headland has been levelled out and expanded to accommodate about 200 cars.

“There will also be a four bay shed being erected in our space, which will house our regatta equipment, Queensland Academy of Sport boats and equipment, and the equipment for the Wyaralong Dam Rowing Club, which will be set up once construction is complete. We hope that we can tempt some locals to come down and give the sport a go!

“We want to make sure we engage the local region in what we do at Wyaralong, and show everyone the business we can bring to the Scenic Rim.”

Together, we will recover from bushfire crisis: Scenic Rim Mayor
22 November, 2019

Scenic Rim at the forefront of waste-to-energy innovation
21 November, 2019

Coaching and mentoring support available for businesses in the Scenic Rim
18 November, 2019